Just how much does your smartphone keyboard know when you type something and is it really private and secure? It’s not a question that many users think about while considering the larger question of privacy on their daily devices. And David Eberle, CEO at Typewise, a Switzerland-based keyboard app is aware of this.

In a world where users are becoming increasingly concerned with privacy, Eberle believes the keyboard is a much-ignored facet of the smartphone. “Most users assume the keyboard is safe because they see it as part of the operating system,” he told indianexpress.com over a call. He points out that while this might be the case on iOS, which has more privacy checks in place, it is not necessarily true on Android.

“Basically every keyboard application on Android has an internet connection, can even read your GPS location, and see your browser history,” he points out.

Eberle admits that the main purpose of a keyboard is its utility, which is the ability to “type fast and efficiently and accurately”. And while Typewise offers this with a unique hexagon layout (the app also has a standard layout for those who prefer a more staid approach), it does all of this without compromising user privacy.

“Once the user becomes aware of what other keyboards are collecting, they’re much more conscious about privacy. Then it becomes a very important consideration,” he explains.

For Typewise, the aim is to build accurate text prediction with the use of its proprietary artificial intelligence (AI) models, but without compromising user privacy. The app, which rolled out to the public in 2019, has over 700,000 downloads on the Google Play Store. It also has a paid version, which has more premium features such as the ability to use multiple languages without switching, personalised word suggestions, text replacements, more themes, etc.

“We’re building what we call a text prediction technology, together with ETH Zurich as part of a government-funded research project. That takes all that data points that are generated by the hardware to a touchscreen, you get obviously the touch points where you pass, you get the timestamps when you press, you know what the person did before when he typically presses the keys, and so forth. And we take all that data together, and we try to understand what you really want to type,” the Typewise CEO explained.

He admits that while AI “needs to learn from a lot of data, otherwise it doesn’t work,” at Typewise they have taken a different approach. The way he explains it, the keyboard is “quite intrusive” because it “sits very deep in the system, and it can see everything you do.”

So how does Typewise train its AI models? By relying on public data. “It’s a bit similar to what Open AI is doing in the US, they use Wikipedia and Google Books and different sources to train their language models. We have a similar proprietary approach. And then you download the app as a user, it already works, but then from that point onwards, the AI only runs on your device,” Eberle explained.

“We learn from you, but it is on your phone, it does not send any data to Typewise or to any third party. That’s very different from how other companies are doing. It is obviously very challenging, because the phone doesn’t have that much processing power, you don’t have that much memory, you have to be very smart and how you design that algorithm to perform it that way,” he added.

It does sound very similar to the federated learning approach that Google has taken with Gboard, but Eberle insists what they do is different from Google. He makes it clear that Typewise doesn’t send the actual typing data of the people back to its servers and all of its features work fine offline as well, something many other virtual keyboards don’t typically offer.

“We’ve just created an AI model, together with AI researchers who previously worked at Google. Okay, so we have a team at ETH Zurich, with very good AI people. And we basically created a model that is very small, but is able to perform at the same level as a Google keyboard, at least on the auto correct side. And now as a next step, we’re also working on the sentence completion part,” the Typewise CEO said. 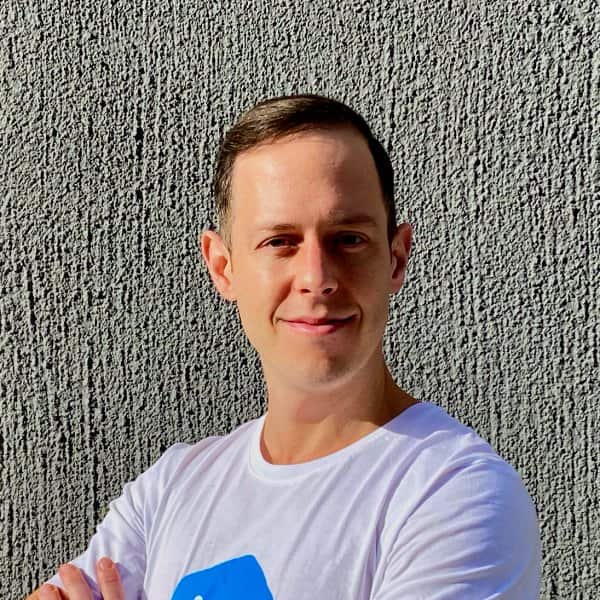 David Eberle, CEO of Typewise in this photo.

Typewise plans to roll out its new auto correction feature in March, as part of its Typewise 3 update, and the company also has a patent for this. It also claims that their auto-correction will outperform the one from Google.

The Google vs Apple approach

According to Eberle, Typewise has taken the Apple approach, and not the Google approach, for privacy. “On one side is the Google approach of saying, ‘We collect everything. However, we put technology in place to kind of safeguard your privacy like federated learning is one example.’ The danger there is, does it really work,” he asks.

The other approach is the Apple one, which is to do as much on the device as possible, instead of sending data back to the servers.

“It’s the same approach that we do. As a consequence Apple doesn’t know that much and cannot kind of tailor, cannot offer certain services. With the recent updates in iOS 14 now, all the data collection is transparent, Google has not updated its apps on iOS,” he points out while referring to the latest Apple iOS update where app developers are required to add privacy ‘nutrition’ labels to their app.

While Google did add the data collected for apps like Gmail, for Gboard, it is yet to add the privacy nutrition label. For Typewise, the label says it only collects the device id and product interaction.

“We believe that the Apple way becomes the way things are done because that’s the safer way. And there you really can be sure you know what’s collected, you can turn it off, if you don’t want to,” he pointed out.

In his view, the privacy question needs to be resolved quickly because more personal information is set to be digitised in the coming years.

“It’s health information, maybe even with your DNA, your entire medical history that’s getting into the digital world, which offers a lot of possibilities, but again, for good and for bad,” he said, adding that countries will need a really strong framework in place once that starts happening in the course of the next five to ten years.