The nation heaved a collective sigh of relief as the Indian and Chinese armies commenced a process of “synchronised and verifiable disengagement” on banks of the Pangong Tso in eastern Ladakh. This mutual climbdown came after 10 months of a tense and sanguinary armed confrontation, punctuated by talks between respective military commanders. It marks the beginning of a process that should lead to disengagement at other “friction points” along the line of actual control (LAC) in Hot Springs, Gogra and Depsang, and eventually, to a state of “de-escalation”, wherein, both armies will revert to pre-April 2020 force-levels and deployments.

Even as political analysts rack their brains about the motivation underlying China’s blatant territorial incursions, and its equally perplexing withdrawal, this traumatic event calls for deep reflection in South Block. Clearly, India’s swift military response, backed by firm political resolve, came as an unpleasant surprise to China, and influenced its eventual decision to disengage. Possible “loss of face” in Beijing may see some in the Party and/or the People’s Liberation Army (PLA) pay the price for miscalculation. But even in the (unlikely) event that the status-quo ante is restored, China’s periodic transgressions have imposed costs on India which cannot be ignored. While the political consequences of these intrusions are being managed through legerdemain, it is the price being paid, in terms of economic and security penalties, which calls for attention.

The expenditure demanded by an unanticipated redeployment of 50,000-60,000 soldiers and their sustenance in the high-altitude, arctic conditions of Ladakh would be substantial. While the rapid troop build-up is testimony of India’s newly acquired, strategic airlift capability, it will extract a price in terms of wear and tear on the IAF’s transport and helicopter fleets. The cumulative costs of this military confrontation could, therefore, impose a significant burden on an already stressed defence budget and will impact on force modernisation plans. Relief at the ongoing disengagement must be tempered by the fact that this is just the latest act in the ongoing drama being played out by China along the LAC.

The notional LAC was described by the then Chinese Prime Minister, Zhou Enlai, in 1959, as conforming to “the so-called McMahon Line in the east and the line, up to which each side exercises actual control in the west”. In 1962, the PLA advanced to this claim line, before withdrawing, unilaterally, 20 km behind it. This left China in occupation of 38,000 sq km of the Aksai Chin plateau. In the east, China now claims, as part of “Southern Tibet”, 84,000 sq km of Arunachal Pradesh, which is well to the south of the McMahon Line.

Having neglected for 59 years post-bellum to negotiate conversion of the 3,500 km disputed Sino-Indian boundary into an international border, India continues to pay a heavy price for this glaring omission. The mere existence of an undefined and un-demarcated LAC has provided an instrumentality for China to periodically intimidate and distract New Delhi, and damage India’s image internationally. History will judge the culpability of statesmen and diplomats, who allowed this situation to persist, but the Indian state must take note of other, equally egregious, lapses that have encouraged adventurism on the part of our neighbours.

Prime amongst these is the indifference of India’s politicians, bordering on neglect, towards defence preparedness. The 1962 military-debacle that resulted from Prime Minister Nehru’s order to “throw out the Chinese” from NEFA was a direct consequence of his total ignorance about the dismal state of the Indian army vis-à-vis the PLA and the adverse terrain that our poorly-armed and ill-clad troops were to fight in. In March 1971, PM Indira Gandhi, eager to march into East Pakistan, was, fortunately, restrained by General Manekshaw’s firm but principled dissent. The consequent six-month respite enabled our military to make up for drastic weapon and equipment shortages through imports.

A manifestation of this political syndrome is the oft-heard statement in Parliament: “When the time comes, all resources will be made available to our gallant armed forces.” The absurdity of such statements seems lost on our political elite, because “when-the-time-comes” is too late to hand out guns to soldiers. Consequently, every crisis sees a panic rush abroad, for “emergency purchases” of items ranging from rifles to fighters.

Another cause for India being repeatedly caught flat-footed in crises situations is the strange and ostrich-like reticence, which prevents self-assessment as well as policy-articulation. Thus, no government has, so far, defined national aims, objectives, vital interests and “red lines” in the form of a security doctrine or strategy. One also wonders if the 60-year experience has helped the Ministry of External Affairs to evolve a “China-specific” strategy. The MoD steadfastly refuses to undertake strategic defence reviews, which would clearly show up the yawning gaps that exist between the budget and military resources available, on the one hand, and the capabilities required to meet extant threats, on the other. This has created a dilemma for the Indian armed forces, wherein they are expected to discharge roles, for which the government has neither funded nor equipped them; two examples being “fighting a two-and-a-half front war” and becoming a “net-security provider for the Indian Ocean region”.

Finally, the term heard consistently in India’s national security discourse is “surprise”, used in the context of the 1947, 1962, 1965 and Kargil conflicts, as well as episodes like the IC-814 hijacking and the 26/11 terror strike. The phrase implies intelligence failures on account of flaws in collection, collation and analysis, as well as timely dissemination of information. The 1999 Kargil Review Committee in its public report had stated: “There are no checks and balances in the Indian intelligence system to ensure that the consumer gets all the intelligence that is available and is his due… each intelligence agency is diligent in preserving its own turf.”

The two decades since Kargil have seen reconnaissance and surveillance operations transformed by the induction of drones, aircraft and satellites and the inception of a dedicated “tech-int” agency. And yet, in April 2020, the PLA managed to sneak up on us.

The writer is a former chief of Indian Navy

The funds season is upon us. … 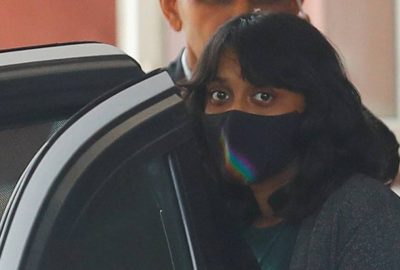