It is a watershed moment for start-ups in the defence production space in India. At the recently concluded Aero-India show, the government signed a Rs 48,000 crore contract to procure 83 Tejas aircrafts from HAL, the largest “Make in India” deal ever. More importantly, the Air Force Chief R K S Bhadauria clearly underlined the importance of building indigenous defence capability with participation from our private sector. These developments are a “call-to-action” for India’s tech-savvy startups to now make their presence felt in the national security realm.

Today, India has the third largest startup ecosystem in the world, with close to 50,000 startups. According to data provided by the Ministry of Commerce and Industry, 1,300 new tech startups were born in 2019 alone, which means that two to three tech startups are born every day in our country. However, not enough of our mavericks are daring to enter the defence space. One only needs to look at the sectoral spread of our unicorns to find the evidence for this. Out of the 21 Indian unicorns identified by the Hurun Global Unicorn List 2020, seven were in e-commerce, three in fintech, two each in the shared economy, on-demand delivery and logistics and one each in the new energy, edu-tech, big data, communications and gaming segments. Unfortunately for us, defence was not among the first 10 sectors of our economy to produce at least one unicorn.

The above identified problem has taken on a serious dimension since the escalation of tensions with China last year. India needs to ramp up indigenous defence production not only for the sake of increasing export-driven manufacturing, but also for self-reliance in the face of a formidable adversary. Regrettably, in 2018-19, defence procurement from Indian vendors was at a five-year low. Almost exactly a year ago, details tabled in the Lok Sabha by Shripad Naik, Minister of State for Defence, showed that over the last five years, while the procurement from Indian vendors had increased, in 2018-19, it fell by 10.8 per cent on a year-on-year basis. Currently, the private sector in India has less than 5 per cent annual share of direct orders from the defence ministry for manufacturing. While these are statistics that may be cause for concern for citizens and fiscal deficit hawks, they illustrate a massive opportunity for startups.

India is currently the world’s second-largest arms importer, accounting for 9.2 per cent of the global arms imports between 2015-19. With a government poised to reduce import-dependence at the helm, start-ups have a large pie to go after. India is the third-largest military spender in the world with its military spending at $71.1 billion in 2019. India’s start-ups with best-in-class capabilities in automation, robotics, navigation systems, drones and big data should now target the defence production sector with a laser focus. From a “winner-takes-all” approach that is prevalent in the digital economy, startups now need to move to an “all-are-winners” approach to succeed in the national security space. When the technological prowess of our start-ups adds to our military might, it will be a win-win for citizens and soldiers as well as entrepreneurs and government officials committed to building self-reliance.

Of course, start-ups will have to be provided with big-bang benefits in order to encourage them to contribute to our defence capabilities. The government has already rolled out some initiatives to this end. In 2018, the government launched “Innovations for Defence Excellence” (iDEX), an initiative to provide incubation and funding support to MSMEs and start-ups. The government’s Defence India Startup Challenges (DISC) also provides a platform for start-ups to supply innovative solutions to the armed forces. However, these need to be augmented by marketing support and incentives such as tax exemptions, subsidised land for manufacturing facilities and simplified procurement processes. The government should also facilitate start-ups to reach military establishments of friendly countries with their technology solutions through its diplomatic channels.

The Indian economy has many examples of start-ups and the government working in tandem towards common policy outcomes. In financial services, start-ups are ushering in a cashless economy and reducing large-scale inefficiencies. In the retail sector, e-commerce companies are facilitating doorstep access to essential items at a time when the pandemic has made social distancing a reality. In the education sector, start-ups are helping improve learning outcomes, within and outside government schools. The next frontier for start-ups to address large problems through innovative solutions in tandem with the government is defence and national security. Some unique solutions have already started popping up on the radar, but defence-tech is in a way still waiting for a generation of first-movers.

With government and military leaders giving out an open call to private players, the ball is now in the court of our young entrepreneurs. It is time for our young high-spirited technology regiment to come out of hibernation and give birth to India’s first defence sector unicorn. 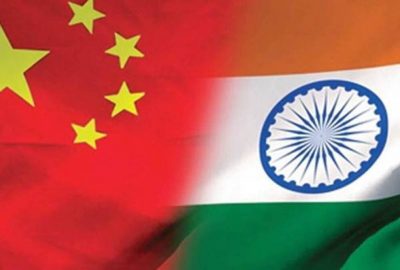