When Indian cricket history is discussed it will be said of them that they took all the body blows but did not let the country down! The 11 in the first Test at Adelaide, Australia were vastly different from the eleven who handcrafted history on Tuesday at the Gabba. They faced body blows, tolerated sledging and endured racist slurs from the spectator’s gallery. But not for a moment did they allow their single-minded dedication to slacken. The team was so heavily injury ridden that they had to fall back upon “net bowlers” and rookie batsmen, who had never imagined that they would be called upon, not only to make a playing XI in a Test match, but be the frontline warriors for the same. It speaks volumes of their aspiration, of their commitment to the cause, of their focus (which was their team’s honour) that they single-mindedly addressed the task at hand. They fought bravely to ensure that the team romped home with one of the most magnificent victories in Indian cricketing history.

Reams will be written on this match, gigabytes expended in electronic media coverage and tonnes of hot air will be blown on the valour of the team. All that will never be able to portray what may have been passing through the mind of Mohammad Siraj, who wept at his dad’s memory while singing the national anthem, or the youngest member of the team who was the proud holder of the Border-Gavaskar trophy that his captain handed to him for the all important photo-op. Yes, this match will go down in the annals of Indian history like the 1983 World Cup or the 2007 ICC T20 trophy or the 2011 World Cup win. What we need to recognise today is how did this group of “rookies” took on the mighty Australians, especially after the humiliating 36 all out at Adelaide. We need to recognise that champions are not made in a day. In the making of such champions the sweat, the hard work, the mentoring, the dedication and most importantly the mental conditioning, have such a critical role to perform.

I would believe that the initial moulding of these warriors has been sculpted by Rahul Dravid, himself a cricketing legend. These youngsters have all been part of the under-19 group of cricketers handpicked and trained by Dravid. Shubhman Gill had spearheaded the Indian U-19 team’s batting prowess in the 2018 world championship. He turned in a splendid 91 in Brisbane. Rishabh Pant, a member of the U-19 squad of 2016, who started his Test career only in 2018, broke the great M S Dhoni’s record of the fastest 1,000 runs by an Indian wicket-keeper. Pant played a sedate innings, the likes of which would have the hallmark of Dravid or Dhoni. He played the anchor at one end and speeded up at will, with no tension or pressure from the sledging of the Aussies, who were finding it difficult to digest the treatment that this rookie team was giving it. Washington Sundar, another 2016 U-19 squad member, whose commitment with the ball was well known but his 22 off 29 balls, brought forth a comment from his dad that he is 70 per cent a batsman. The Palghar boy Shardul Thakur, who travelled 100 kilometres to Mumbai for practice, is the diamond that ultimately shines when put to test. And he and Sundar possibly were considered to be seeing action only in the nets!

We need to marvel the remarkable commitment of Siraj, son of an auto rickshaw driver who used up his savings to let the son play cricket, who was given the sad news of his father’s demise the moment he landed in Australia and who chose not to return for the funeral. T Natarajan is another wonder. Son of a power-loom worker, he was included in the squad to Australia as one of the four additional bowlers — and how he delivered! Ajinkya Rahane, the stand-in captain, led from the front.

Much was spoken and more written when Ravi Shastri was chosen to be the head coach of the team. “Superstar culture” and “captain choosing the coach” were the common refrain of those days. Shastri has moulded the team to ensure that it is a well-knit pack. He brooks no idiots. Cerebral and strategic, he is his own man. A morale booster and mentor for the squad and ensuring camaraderie in the dressing room, there could not be a better testimonial for him than The Indian Express proclaiming: “Shastri’s journey: From Champion of Champions to coach of a Champion team.” There is the stamp of Kohli on the team. Aggressive, confident, physically fit and mentally focused on the job at hand. In partnership with the coach, Kohli has built a team that can be world-beaters.

Many have derided the IPL. Many do not even call it “cricket”. They need to realise that these are the “finds” of the IPL. How many selectors get to see Ranji or Mushtaq Ali tournament matches? How much of TV coverage is provided to them? The youngsters have reminded the BCCI of its responsibility towards them. We need to provide them an alma mater — a world-class Cricket Academy to train in, undergo rehab in and be mentored by the best that the “rich” BCCI can fetch. We need to provide them motivational speakers and mind-conditioning professionals. IPL franchisees or state associations cannot provide them world-class facilities. These are woefully lacking. The likes of Sachin Tendulkar, Dravid, Anil Kumble, Zaheer Khan, Harbhajan Singh, Virender Sehwag, Yuvraj Singh should constitute the resource to provide the motivation. The youngsters need to be incubated. It is the crucible that is urgently required. Indian cricket needs to forge ahead with the incredible story which has just been scripted.

This article first appeared in the print edition on January 21, 2021, under the title “Raising the pitch”. Rai, a former Comptroller and Auditor General of India, was appointed the interim president of BCCI by the Supreme Court in 2017 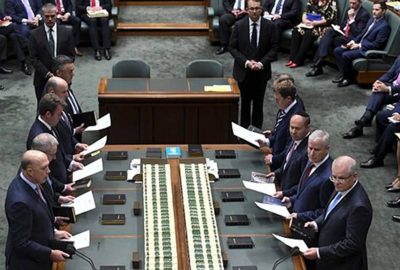 Written by Surjeet Dhanji Australians of …