Realme is expected to launch the Narzo 30 series soon in India. Recently, a Realme phone has been spotted on the TENAA listing with model number RMX3161 which can be the top variant of the upcoming series, Realme Narzo 30 Pro. The model number of the Realme Narzo 20 Pro was RMX2161.

The alleged Realme Narzo 30 Pro sports a 6.5-inch LCD display and packs a 4,880 mAh battery compared to the 4,500 mAh on its predecessor. The leaked photos also show the rear camera module which has four cameras. However, the camera module looks much broader than the previous version. Also, the phone has slimmed down from 9.4mm to 8.8mm despite the bigger battery. It may lead to the phone dropping a few grams as well. 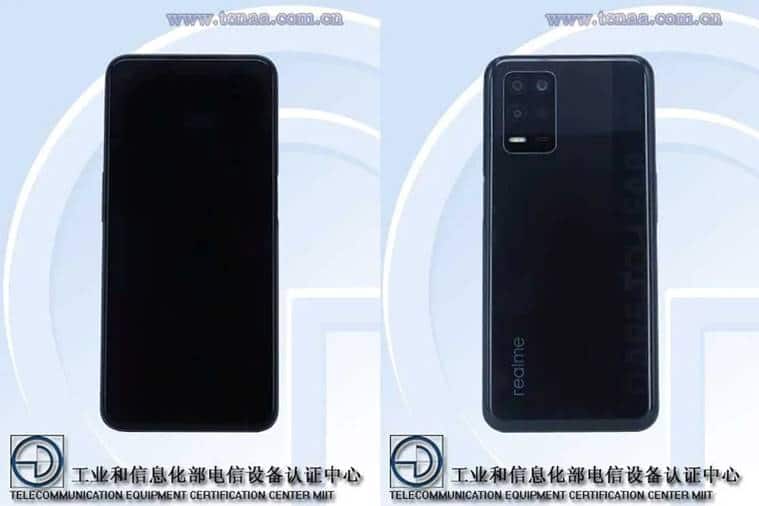 The phone is expected to run on Android 11 out of the box and support 5G connectivity. Earlier this month, Realme CEO Madhav Seth told indianexpress.com in an interview that half of the Realme phones launching in 2021 will be 5G-enabled.

Realme Narzo 30 Pro is confirmed to launch in India and the company even asked its fans to choose the box for the upcoming device in a survey on its website.

There are no further leaks about the phone related to the processor it will pack inside. The Narzo 20 Pro was directed at gamers offering a 90Hz screen backed by MediaTek’s Helio G95 processor. There is a chance that Narzo 20 Pro may be powered by MediaTek’s mid-range 5G-enabled Dimensity processors. Narzo 20 Pro offered 65W fast-charging as well and it will not be a surprise if the company sticks with the same charging speed on the 2021 version as well.