In light of the COVID-19 pandemic, the budget smartphone segment has become increasingly important in the Indian market where many are looking for solutions that aid remote education or business. Plus not everyone can afford a device priced above Rs 10,000. This also explains why more players are trying to cover a varied portfolio, with phones under Rs 10,000 being seen as an important segment.

Moto E7 Power, which is priced at Rs 7,499 for the base 2GB option and Rs 8,299 for the 4GB RAM option, doesn’t sport particularly big specifications, but it does offer two things which many might want in a budget device: a big screen and  battery. We used the Moto E7 Power for over a week and here’s our review.

This might be a budget device, but it certainly doesn’t look cheap or plasticky. The metallic finish at the back and the coral blue version add for a nice touch, given the phone’s price.

I have the 4GB RAM and 64GB version for review, which costs Rs 8,299, so you are getting sufficient RAM and storage at a good price, when typically most phones in this price segment offer 2 or 3GB RAM and 32GB storage space.

It has a big 6.5 HD+ resolution display, which works fine for daily tasks and videos on YouTube or your video calls on WhatsApp. Yes, the display is too reflective under direct sunlight, which makes legibility an issue outdoors. But for usage indoors it gets the job done. Plus, the big display means there is plenty of screen space for being part of video calls. The phone runs the MediaTek Helio G25 processor coupled with 4GB RAM. While there is a noticeable lag, especially when there is a flood of notifications on the device, the phone can run most daily tasks reasonably well. Games like Alto’s Adventure functioned smoothly, and it is good enough for daily browsing on social media apps like YouTube, Facebook, etc. At this price point, expecting anything more would be too much.

The other positive of the Moto E7 Power would be the battery. I had to charge the phone only once, and with moderate usage you can easily get more than two days of battery life. However, there is no fast charging. Still this is a budget phone so it would be too much to expect. It is also good to see Motorola switch to the Type-C USB charging for a budget device. Another advantage of the Moto E7 Power is the clean user interface of stock Android 10. There’s no word on when this device will get Android 11. But the lack of advertisements, lack of push notifications for random apps at this price segment is a refreshing change.

The camera is the least impressive bit of the device. I say this keeping in mind the price of the phone. Yes, it is a budget phone and that camera performance still feels very outdated. First, while I didn’t have high expectations from the macro camera, I couldn’t help but notice that the colours completely changed. The marigold went from saffron to a light yellow. Purple flowers appeared distinctly stripped of their colour. And there were focusing issues. 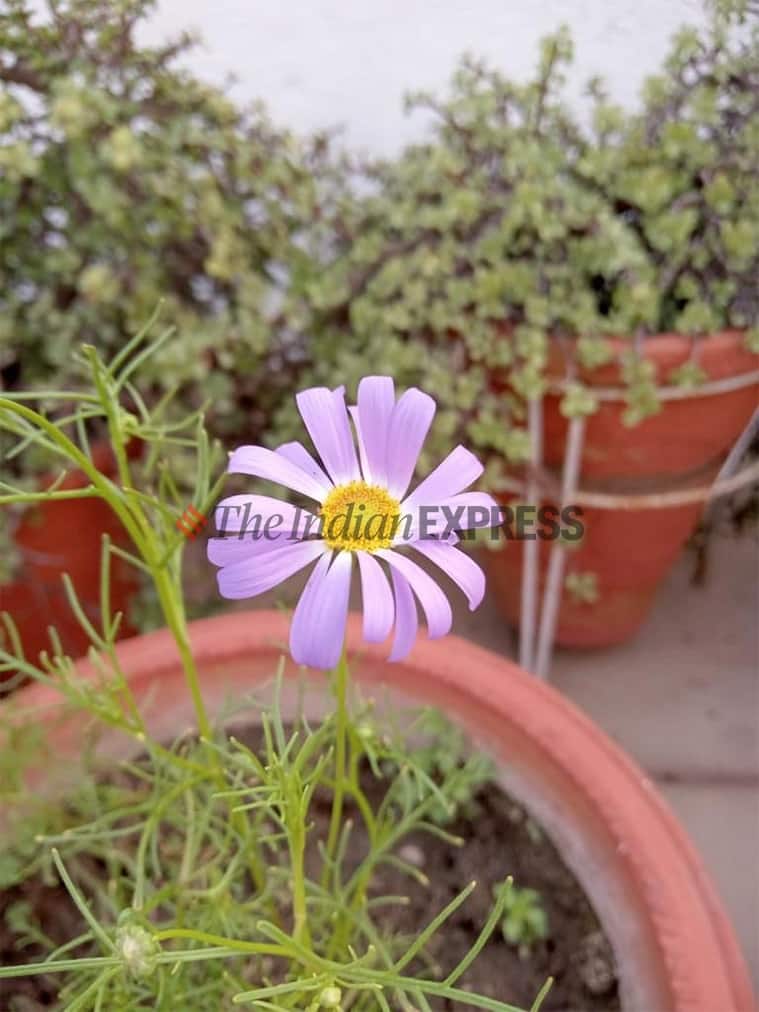 In ample lighting, the camera is able to give acceptable results, but the photos do lack that sharpness, one has come to expect from most smartphones. Even in the regular mode I had trouble getting some of the objects in focus.

In low-light yes, the camera struggles with details, but then it is expected given the pricing. Stills taken indoors with ample lighting are not terrible, though some photos do appear over-exposed.

Motorola’s Moto E7 Power will compete with Redmi 9i, Poco C3, Realme C3, Realme C12 and others in the market, which are in a similar price bracket. Most of these phones have a 5000 mAh battery, except the C12, which gets a 6,000 mAh one. The Moto E7 Power on paper has a bit of an edge when it comes to the specifications, given the dual-rear camera and the Type-C charging.

Given the price, the phone is not a bad performer. No, it is not the fastest device, and there’s noticeable lag at times, but that’s the curse of the budget Android segment. For video calling, simple gaming, and general social media browsing, the phone can be an option to consider. I would also say pick the 4GB RAM option, given the extra RAM and storage always helps.