Game developer BioWare has announced that a Mass Effect Legendary Edition is coming. The much-awaited 4K remastered edition of the popular Mass Effect trilogy will be launched on May 14 this year. The game will cost Rs 3,999 in India and $60 in the US. Gamers will be able to purchase the title on PC via EA Play, Origin and Steam.

Console players will be glad to know that the Mass Effect Legendary Edition will also be coming to Sony PlayStation 4 and Xbox One as well. The more recent consoles, the Sony PlayStation 5 and the Xbox Series S/X will also be getting the game but with some extra features. Check out the game’s trailer below.

What’s so ‘Legendary’ about the game?

The oldest game in the series, 2007’s Mass Effect will get improved combat and exploration mechanisms. There will also be improvements on aiming, camera movements, and squad control Players will also experience better handling of the six-wheeled Mako.

Talking about the graphical improvements, Mass Effect Legendary Edition will feature 4K Ultra HD resolution with HDR imaging. Thanks to remastering, the character models, textures and VFX from the three original games should now look much more modern. This will be further enhanced by adding newer graphical elements like depth-of-field, shadows, improved lighting and volumetrics. 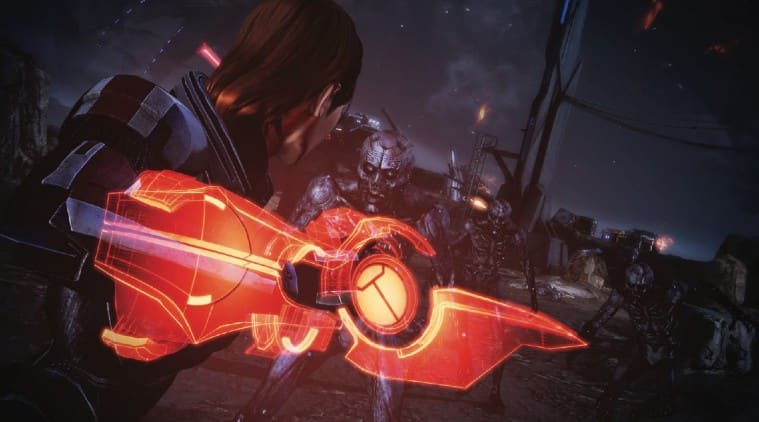 The game will also offer smoother 60fps (frames per second) gaming on the Sony PlayStation 5, PlayStation 4 Pro, Microsoft Xbox Series S/X, and Xbox One along with reduced loading times. Meanwhile, the PC edition of the game will feature support for higher refresh rates and 21:9 widescreen monitors.

Mass Effect Legendary Edition will also let players make use of a universal character creator that will apply to events of all three games. There are also more choices than before allowing players to tailor their avatars with hairstyles, skin tones, and make-up of their choice.

Gamers can now pre-order Mass Effect Legendary Edition at Rs. 3,999 or $60 on EA Play. Additionally, Xbox Game Pass Ultimate members will get a 10 percent discount on Origin and Microsoft Store.