It was a simple query, but not one they could get wrong. So when CoRover was tasked with creating a chatbot for the India Railway Catering and Tourism Corporation (IRCTC) website, they knew a lot of their success would depend on how well they handled the ‘refund status’ query — one of the largest in volume on what was easily one of the busiest sites in India handling around 8,00,000 bookings daily.

“On AskDisha, people can ask by just typing or by voice in Hindi or English. Plus, there are different kinds of refund statuses on irctc.co.in, which we have to anticipate,” Ankush Sabharwal, Founder and CEO of CoRover tells indianexpress.com about the chatbot his company created for the Indian Railways ticketing website.

Refund queries on IRCTC range from someone asking about a failed transaction, where money got deducted but the ticket did not come, to a simple cancellation. Another refund query commonly seen on IRCTC is one where customers want to know the refund status of an offline cancellation on the website. Sabharwal says their aim was to ensure that the AskDisha chatbot could anticipate all these scenarios.

But it was not a simple problem to solve. Many times people will ask for a refund status in a convoluted manner, which again they had to pre-empt. The simple straight manner would be where a user asks ‘What’s my refund status’ and Disha would then ask for PNR or transaction ID to help with the query. In a slightly twisted take, a user might ask ‘Disha is PNR ka refund status kya hai?’ 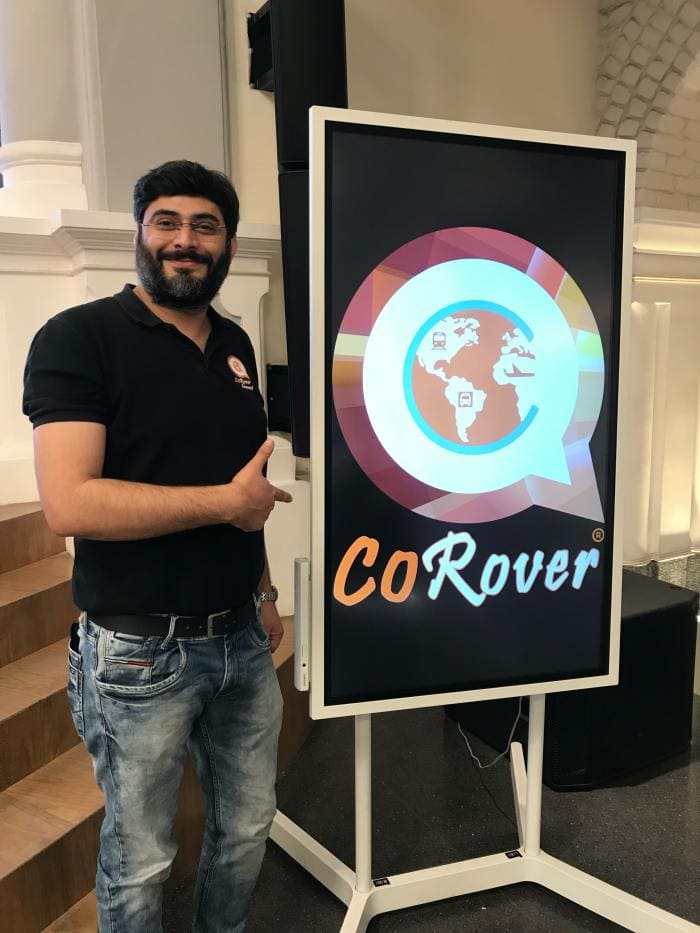 “All consumers don’t ask different kinds of questions and 70% of the questions are just repeated. We just have to identify those, and work on that. So instead of spending years training the bot, we need to find the 70 to 80 per cent questions and work on those,” Sabharwal explains.

He admits there can be areas where a bot gets stumped. “We have learnt that there are 150 ways in which people in India can write the word loan, 80 ways for writing the word refund. Data was also required for accuracy in the chatbots.” But he is also very clear that when it comes to creating a bot, their aim is to answer max queries, rather than focusing on adding too many features.

So when IRCTC’s AskDisha was launched in October 2018 in English, it had just 288 intents, but now more than 4,000 intents. The new ones have been developed based on the learning from “daily live analytics dashboard”. The Hindi language feature was added in February 2020.

AskDisha has handled over 10 billion interactions benefiting more than 178 million passengers till date. It handles 1,50,000 passenger queries daily and customer queries. It has seen a peak of 800,000 concurrent users and to ensure fail-proof scalability and security, it relies on Microsoft Azure’s Cloud solutions.

CoRover, which started in late 2016, has taken a different approach to building chatbots and has so far created many including AskMaitreyi for Indraprastha Gas Limited which allows users to report a gas leak. It has also built the AskPAI chatbot for National Payments Corporation of India (NPCI) to provide digital payment literacy around topics such as Fastag, UPI. The company’s AskSarkar bot was also one of the winners of the ‘Aatmanirbhar Bharat’ app challenge.

Sabharwal says his company believes in the Chatbot as a service or CAAS model. So the idea isn’t just to build a chatbot, hand it over to the customer and forget about it. “We decided we will not do any work where we don’t get access to train the bot. Sometimes clients are like you just create the bot and we will service it. It doesn’t work for us,” he points out.

But a chatbot driven by artificial intelligence and machine learning (AI and ML) models is only as good as the data-sets which are being used to train it. “We tell our clients to give whatever they have. We will take information from your FAQ list from the public domain, or if you have data from your existing call centre, then you give it to us, any format. We will train the bot, we will take the onus,” he explains, adding that if the bot doesn’t work, it reflects poorly on them, and not just their clients.

The company now has over 300 million users thanks to the bots it has created. And it is going beyond India with a video-based chatbot called Yukimi in Japan. The video-bot is part of a kiosk that helps citizens in Kibichuo find restaurants of their choice. The company has plans to introduce such kiosks in India powered by bots with a human interactive element, though there’s no exact timeline when these will start rolling out. Sabharwal says the human touch in bots is needed and the company is exploring AR and VR elements in future bots.