GameStop saga finally seems to be over. The roller coaster ride that took its price from a low of $2.57 to a high of $483.00 within 52 weeks has ended. I have talked to several people who made small sums of money during this frenzy but no one who made a fortune or lost serious money. In some ways, there is nothing new about this event — speculative bubbles have always been a part of the financial world from the Dutch Tulipmania to the South Sea bubble to the dot.com boom and bust in recent times. Yet there are some differences, and it is these I want to focus on. For instance, why was it feasible only at this time and will such events recur in the future?

The first major difference is that this was about small investors taking on hedge funds in a classic David versus Goliath manner. At the same time, while an ordinary person does not hobnob with hedge fund managers, even the Davids in this game are not folks we encounter every day. They were a part of a community on a social media platform (Reddit) linked together by their passion for investing and sometimes, they can hunt stag instead of just a measly hare. But before I come to the game that game-theorists call Stag Hunt, let me first discuss to what extent such speculative bubbles can be attributed to modern technology and information.

A few decades ago, people engaged with the stock market through their broker — an activity beyond the purview of most people. Today, we have access to financial information on our smartphones and can trade on apps from the comfort of our homes at a time of our convenience. Human beings are a reactive species, and we are also not all the same. Just like we have varied tastes in pizza and perfume, we differ in our risk-taking ability. Now imagine London, with its myriad eateries. As soon as someone writes about a particular eatery, suddenly it becomes salient and its business starts booming. Similarly, there are thousands of stocks and as soon as one figures in the news (possibly in an Elon Musk tweet), we react and with our varying risk profiles, some buy, and others sell creating momentum in the market. Recall Musk’s recent tweets about Dogecoin — a cryptocurrency that started as a joke in 2013 has pushed its price up by 900 per cent in the last couple of weeks. However, all these factors only add volatility to the stock market — they do not bring down Goliaths.

The GameStop episode is best understood in terms of Stag Hunt, a game attributed to Jean-Jacques Rousseau. The story goes that two people can either individually hunt a hare or coordinate to hunt a stag, which is the better outcome for both. Formally this game has two equilibria: Either both players hunt a hare or coordinate their actions and hunt a deer. However, if one hunter goes for hare while the other for deer, the deer hunter will return empty handed. In other words, hare hunting is the safe strategy (the risk dominant equilibrium) while deer hunting requires you to trust the other player but has a higher payoff (payoff dominant equilibrium). The way Rousseau envisioned Stag Hunt is that even if the two players start on the hunt together, one of them might leave their spot in the hunt to go after a passing hare. On a typical day, the retail investor on the stock market hunts for rabbits because they do not trust each other to coordinate on hunting the stag.

Occasionally, however, the small investor can change the equilibrium. The Reddit community (possibly consisting of many video gamers) found a common foe — the hedge funds. This created a level of trust which allowed them to take unprecedented coordinated action, bringing down the enemy. By the very nature of Stag Hunt, it is unlikely to recur frequently. In a large community, everyone has an incentive to individually go hunt a hare and rely on the other deer hunters to bring home the stag. Unfortunately, many deer hunters will reason like this, and Goliath will also be on the lookout!

The writer teaches economics at Virginia Tech and his book, The Economics of Small Things, was recently published by Penguin 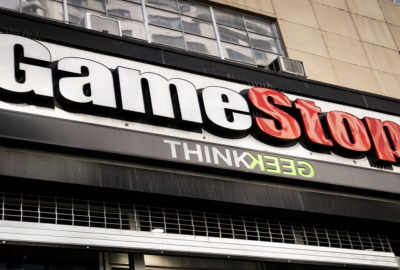