With its plate already full, the Centre has frozen the pending boundary disputes between states. It will not disturb the status quo unless the parties concerned come up with a solution that is acceptable to them. This means that the disputes between Maharashtra and Karnataka, Assam and Nagaland, Punjab and Haryana and Himachal Pradesh and Haryana stay where they are, unresolved. By the same criterion, Chandigarh may continue to remain the joint capital until Punjab and Haryana decide about its future. A spokesperson for the Home Ministry has said that the initiative for reopening any border issue between the states should come from these states themselves. This approach will put an end to the hopes for creation of new states such as Jharkhand or Vidarbha.

Several cases of violence and acid throwing on loyal workers of the northern and north-eastern railways were reported as more striking locomen joined duty. The seven-day-old strike by a section of locomen in support of their demands for a 10-hour workday, running allowance and revision of pay scales had little except in Bikaner, Garhara, Ratangarh and Rajkot areas where train services were affected to an extent. In th rest of the country, the services were more or less normal.

Amidst unprecedented happenings, the Punjab assembly today adopted a motion expressing confidence in the Darbara Singh ministry and rejecting the Opposition-sponsored motion which the Speaker declared “to have fallen through as it was not moved”. After fighting a 30-minute battle with the Speaker on procedural matters, the Opposition walked out demanding that the matter be referred to the Business Advisory Committee. After this, it was the turn of the treasury benches to raise procedural issues. They said that the Opposition motion was moved and hence there should be a discussion on the matter. The Speaker, however, stood his ground.

forty years ago
Previous Article Jabra adds new features to its Elite 85t TWS earphones: Here are the details
Next Article Apple’s Mixed Reality headset could launch in 2022: Here are all the details 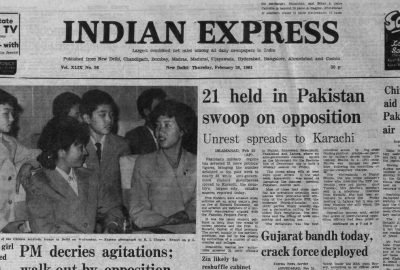 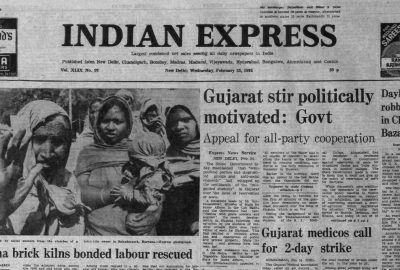 It is happening within 30 km … 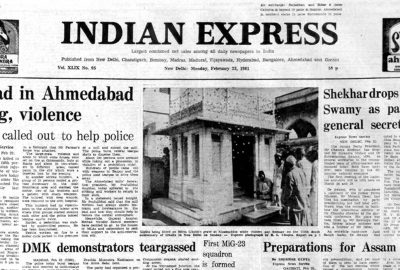 Four persons were killed in police …