If January 26 was the day the farmers’ movement, or a section of it, dented its own credibility by taking a violent turn, the government has been determinedly scoring self-goals in the days since. Delhi Police, which conducted itself with striking restraint on Republic Day, has been on a flagrant and unchecked overdrive, undoing and unravelling. Even as the government insists that resumption of a dialogue is still only a phone call away and its offer to defer the farm laws remains on the table, about 122 arrests have swept into the police dragnet, among others, 80-year-old Gurmukh Singh, a retired Army subedar and 1.5 acre wheat-and-paddy farmer from Samaspur village in Fatehgarh Sahib district. And 44 FIRs include those against several of the farm union leaders who have been in talks with the Centre. Not content with threatening to empty out the other side of the talks table, Delhi Police has swung into frenzied activity at the protest sites on the capital’s borders — building multi-layered barricades, digging trenches, putting in metal spikes, erecting barbed wire fencing, restricting protesters’ access to water and toilets. Evidently, Delhi Police chief SN Shrivastava is putting the experience he notched up previously as chief of the force’s elite anti-terror unit to spectacularly misplaced use. He needs to be reminded by his political masters that he is now dealing — notwithstanding what some actors may tweet or what TV anchors who act as government megaphones may claim — not with terrorists, but with farmers, who are exercising the right that is constitutionally guaranteed to them, as it is to any citizen of this country, to disagree with the government and to protest against its decisions.

But it may be asking too much, in this moment, to expect Delhi Police’s political masters to rein it in. Because, by all accounts, the pillars of the political establishment are all shook up over a few tweets. Two days ago, the Ministry of Electronics and Information Technology sent a notice to Twitter, directing it to remove tweets and accounts relating to the farmers’ protests that it deemed to be offensive under Section 69A of the IT Act. Then, after Twitter reinstated the tweets/accounts after briefly blocking them, the ministry served the microblogging platform a notice and gave it the opportunity to mount the moral high ground — they were being unwithheld, Twitter conveyed to the ministry, because they constitute free speech. Meanwhile, the Ministry of External Affairs, not to be left out of an embarrassing tableau, not only objected to internet celebrities — an apparent reference to pop star Rihanna and Swedish climate activist Greta Thunberg — tweeting their objection to the internet shutdown at Delhi’s borders and support for the farmers’ agitation, but scolded them publicly: “The temptation of sensationalist social media hashtags … is neither accurate nor responsible”.

There are two fronts here, and on both, the government isn’t acquitting itself well. By attempting to criminalise the farm union leaders and the whole movement, it is pushing a resolution further away. And by attempting to quell and block criticism from outside the country, it is making India look prickly and insecure, instead of the increasingly firm-footed player on the world stage that it wants to be and is. 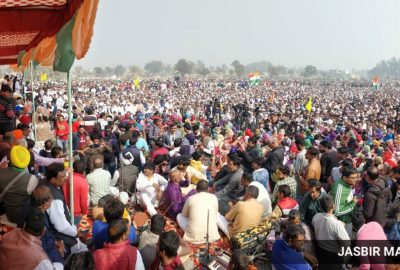 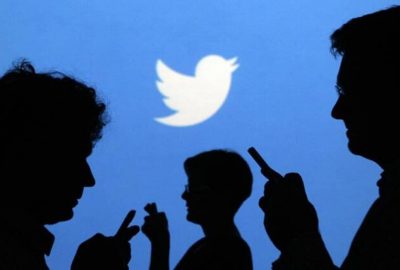 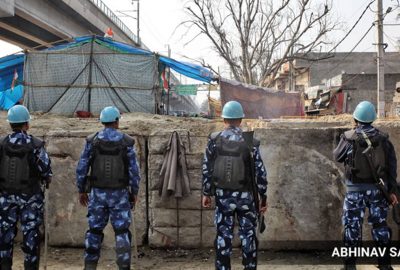 Written by Nikhil Damodaran The US …