“We want the power not just to be in the hands of the companies, but in the users themselves so they can choose to opt-out very easily of tracking or choose an alternative service if they don’t like one particular service,” says Daniel Davis, communication manager for DuckDuckGo, advocating stronger privacy regulation amid the growing scrutiny of big tech companies.

“We want to see stronger privacy regulation not just in the US but worldwide,” Davis told indianexpress.com over a Zoom call from Yokohama, Japan. “It’s happening but slowly. We have GDPR in Europe, we have CCPA in California, and those both protect consumers’ privacy rights. We want to see that picked up in each region of the world.”

DuckDuckGo, a search engine that puts privacy first, is going strong despite Google’s dominance in the online search market through various services. The search engine, founded in 2008, touched its highest number, 102,251,307 search queries on a single day, earlier this month.

Davis says it is wrong for big tech companies to think there are no “easy alternatives” to the services they offer. People are aware that other options exist and there are alternatives to Google’s products and services, he added. Unlike Google, DuckDuckGo does not store IP addresses or personal information. But DuckDuckGo works similar to other search engines, including Google. It uses its web crawler, DuckDuckBot, and other sources to compile its search results, including Bing, Yahoo, and Wikipedia.

“We don’t know many users we have because we don’t track users,” said Davis. DuckDuckGo currently processes around 2 billion searches every month. In comparison, Google processes over 3.5 billion searches per day. There is no comparison between the two search engines, but DuckDuckGo’s popularity has grown over the years.

“We’re profitable, we’ve been profitable since 2014,” claims Davis. “We’re growing, and we’re doing it by not collecting user data, it is possible. We want to serve other companies, you can do that, too.”

“It’s difficult for ordinary users to get privacy on Google and other large companies that have a business model based on collecting as much data as possible,” says Davis.

“Search is one of the most private things we do, and if the search engine that they use for months and years builds up all your searches over that time, it’s effectively creating a profile, a snapshot of who you are. We don’t do that,” he explains. The search engine does not collect or store personal information. (Photograph: PR image)

Davis says the Pennsylvania-based company is continuously trying to improve search results based on the user query and rank relevant results accordingly. DuckDuckGo recently introduced more filters, so when searching for images, for example, you could use those filters to select particular elements by size or colour.

“We’re constantly trying to reduce the spam that you get in search results and trying to maintain a high relevancy.” More importantly, the whole aim on our search side is that there is no compromise, so that users don’t have to give up something to have privacy.” He added: “We want to show them that you can have privacy, and continue to have really good search results and good search experience.”

Davis admits DuckDuckGo shows you ads, but they are contextual based and not behavioral. “We want to keep the service going to provide privacy for as many people as possible and we need revenue,” he said. To be clear, as Davis explains, the ads themselves don’t track you and they are based on what you’re searching at that time, and not on any history because the search engine doesn’t track you.

“We try not to be focused on one particular market, but on a global market,” Davis responds when asked about the prospects about getting more aggressive in India. Although Davis did not reveal how popular the search engine in India, he says mobile usage is higher compared to desktops. 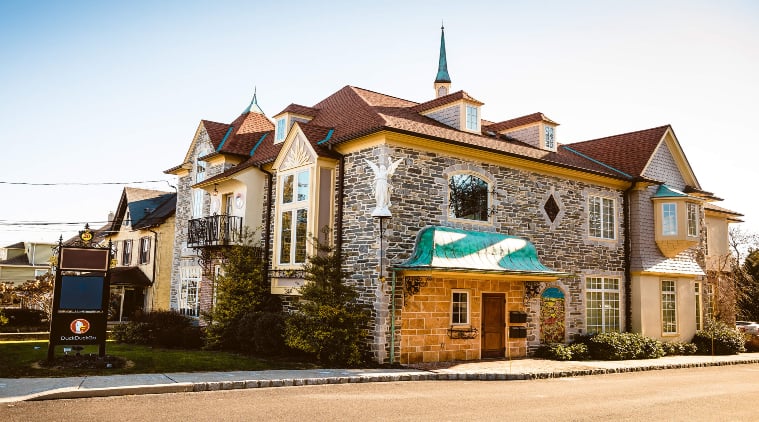 “We’re focusing on English language services, but recently we’re trying to localise the app into different languages and making the search available in different languages,” he adds. DuckDuckGo’s mobile apps support multiple Indian languages, including Hindi, Bangla, Gujarati, Marathi, among others. The company also has servers in India, which Davis says will help provide high-speed responsive search results and service for the users.

The tech industry’s four most powerful players – Google, Facebook, Apple, and Amazon – have come under antitrust scrutiny in the US. Big Tech is accused of anti-competitive behavior and the pressure is building up to break up these companies or introduce new US’ antitrust laws that bring major changes in how they operate.

“I am not sure about breaking up,” Davis said. “It depends on what the solution is, whether it’s the breakup, or whether it’s just to impose stronger rules, or give consumers stronger rights.”

The recent controversy surrounding WhatsApp’s new privacy rules has sparked a mass exodus of users shifting to alternative services such as Signal and Telegram. Davis is happy to note that several privacy-focused companies are seeing record traffic, which he thinks is better for the tech industry and for consumers. “I want to see more companies following a business model that is not based on surveillance, but based on user respect. There need to be more alternatives that make that reality,” he said.

Previous Article States must stop clamping down on free speech in name of fake news
Next Article Agitation against farm laws only serves interest of rich, elite farmers