The new decade’s first budget presented by Finance Minister Nirmala Sitharaman is a vision document for the nation in the post-COVID world. Its six pillars carry the government’s message of further excellence in the country’s growth journey through “reform, perform and transform”. The government managed to prioritise and balance both lives and livelihoods through the roller coaster ride of the last year.

India believes in the “sharing is caring” philosophy. That is evident in the manner the country has taken on the challenge posed by COVID-19. Kudos to the scientific and medical fraternity for their persistence in bringing out vaccines against the coronavirus. By commissioning the world’s largest inoculation drive and ensuring vaccination delivery to countries in need, India is countering the “me-first” approach. The focus on boosting health and nutrition is, therefore, noticeable in the budget — expenditure to the tune of Rs 2.2 lakh crore has been proposed.

The Atmanirbhar Bharat Mission is expanding the ambit of our actions in the global arena. The measures proposed in the budget will go a long way in cementing India’s role as the “factory of the world”, in addition to the country being the “pharmacy of the world”.

The measures taken by the government to revive the economy are yielding results, including a strong rebound with an estimated double-digit growth of as much as 11.5 per cent in FY22, according to the International Monetary Fund (IMF). The Economic Survey has also projected greater growth potential with the continued normalisation of economic activities after the COVID shock and implementation of proactive reform measures.

The highest-ever allocation to boost infrastructure in roads and highway construction, metros, provision for establishing a gas distribution network, dedicated freight corridors, creation of a future-ready railways system by 2030, the enhanced allocation for water supply and sanitation works, public transport, among others, are measures that are bound to improve infrastructure. The massive construction activity that will result from this will create employment opportunities. The formation of the higher education commission and realigning the national apprenticeship scheme to train engineering graduates will have a direct impact on skill development.

The production-linked incentive scheme in 13 sectors with an outlay of nearly Rs 1.97 lakh crore will give momentum to manufacturing. The creation of a Mega Investment Textile Park will protect local manufacturers. New development finance institutions, an asset reconstruction and management company, and the implementation of projects under the national infrastructure pipeline are paving the way for raising capital. Capital expenditure has been increased to Rs 5.54 lakh crore — 35 per cent more than the last fiscal. This is in addition to the Rs 2 lakh crore proposed to be given to states and autonomous bodies for their capital expenditure.

The revised customs duty structure will protect domestic industry. It will also expand India’s footprint on global supply chains. Facilitating the ease of doing business and the use of technology for easing the life of citizens are the hallmarks of the Narendra Modi government. The amalgamation of 44 labour laws into just four labour codes is a significant milestone in labour reforms. The decriminalisation of the Limited Liability Partnership Act, removal of restrictions on one-person companies relating to paid-up capital and turnover, and the amendment in the definition of small companies will remove impediments to doing business.

The proposed security market code, to be created by consolidating related acts, enabling easy and time-bound access to depositors of their deposit amount by amending DICGC act 1961, and amendments in the Insurance Act 1938 — increasing the permissible FDI from 49 per cent to 74 per cent — and allowing foreign ownership and control with safeguards are major financial sector reforms.

The government is committed to doubling the farmer’s income. Its reforms for the farming fraternity range from expanding the scope of the Kisan Credit Card, PM Fasal Bima Yojna, PM-Kisan to the recently enacted farm laws. The government is sincerely considering the farmers’ apprehensions and is engaged in dialogue to resolve issues related to the farm laws amicably. The budget has enhanced the agricultural credit target to Rs 16.5 lakh crore, focusing on credit flow to animal husbandry, dairy, and fisheries. Expanding the coverage of the SVAMITVA scheme to all states/UTs, strengthening APMCs and the integration of more mandis into e-NAM, doubling the micro-irrigation fund to Rs 10,000 crore, enhancing rural infrastructure development fund and the extension of Operation Green to 22 perishable products are among the key budget proposals to empower farmers.

To empower the weaker sections, the margin money required for Stand Up India has been reduced to 15 per cent from 25 per cent. The revamped post-matric scholarship for Scheduled Caste students and the increase in the allocation for establishing 750 Eklavya Model Schools will help uplift these sections of the society.

Budget 2021-22 is focused on reviving growth and building India as a knowledge hub and economic superpower. Under the leadership of Prime Minister Narendra Modi, the government has sincerely considered every stakeholder’s suggestion and presented a robust, welfare-oriented budget. The measures undertaken will provide an impetus to our efforts towards achieving the Sustainable Development Goals. The government is committed to building a better India through “Sabka Saath, Sabka Vishwas and Sabka Vikas”.

The writer is Union Minister of State for Parliamentary Affairs, Heavy Industry & Public Enterprises, and MP from Bikaner 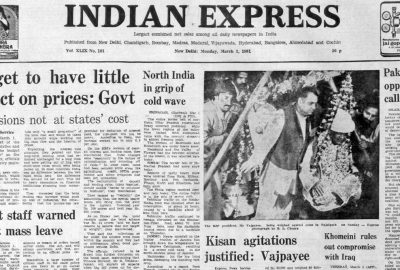 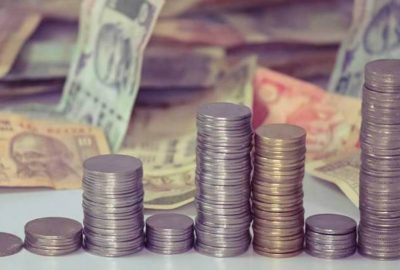