Apple’s Mixed Reality headset has been in the rumour mill for quite some time now. However, a new report by The Information has for the first time thrown light on some of the specifications and features we can expect from Apple’s first ocular, wearable smart gadget. The report suggests that Apple’s mixed reality headset will feature over a dozen cameras that will be capable of tracking movement while showing the real-world video to the person wearing it.

It also suggests that the Apple MR (Mixed Reality) headset will feature two 8K displays, likely one for each eye. This will be a much higher resolution compared to any other ocular device that has been made commercially available so far.

What is the Apple MR headset?

The Apple Mixed Reality headset is similar to a traditional VR (Virtual Reality) headset. Blocking off the wearer’s real vision completely, the device will allow an immersive ‘world’ of its own through in-built displays that are positioned close to the eyes.

With the help of Apple’s LiDAR sensors (also found on the iPhone 12 Pro and iPad Pro), the device will also be able to accurately scale the distance between the user and real-world elements.

The new report suggests that the Apple MR headset will feature interchangeable headbands and Apple’s spatial audio technology, something also found on the AirPods Max. Spatial audio allows audio to maintain its state of direction. Apple is also expected to power the device with its own chipset, similar to what the brand does with its phones, tablets and now even laptops. 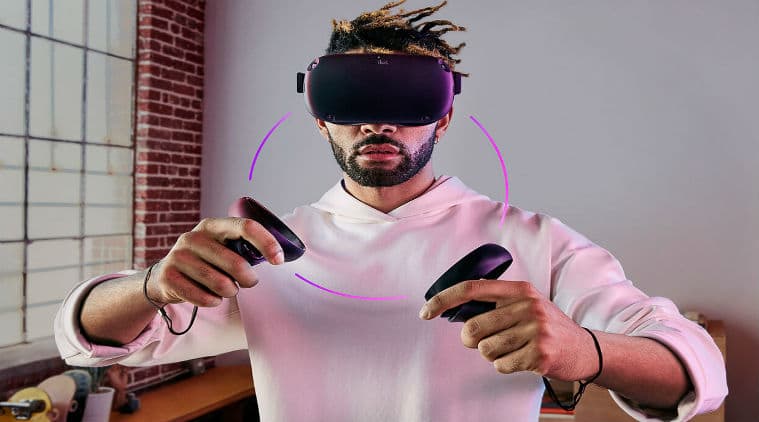 Just like the Oculus Quest, the Apple MR glasses will also be able to display an all-encompassing 3D digital environment for gaming, watching videos and more. (Image Source: Oculus)

How much could it cost?

In the later stages of its development, the Apple MR headset is expected to debut in 2022. It is also expected to come with a hefty price tag. This could be about $3,000 or about Rs 2,18,750. With that price, the headset will likely not be targeted for the average consumer. Instead made for the enthusiasts and business customers only, the product could stand as a direct competitor to other headsets like the Microsoft Hololens 2, which costs $3,500.

The new Apple MR headset that we may see next year will reportedly set the stage for the brand’s eventual AR glasses that will be much more portable and sleek. A report by Reuters last month stated that the headset is designed to be a “pricey, niche precursor” to a more ambitious augmented reality product that will take longer to develop.

Previous Article Forty Years Ago, February 5, 1981: Status Quo On States
Next Article Despite FM’s emphasis on health in budget speech, the actual allocations are disappointing